I’m still hard at work on this series. When I’m not coming up with new ways to kill zombies, or listening for what outlandish thing these girls will say next, I’m going through songs, pictures, and my trusty thesaurus, working to uncover a title for this series. Well, this series, the books, and the band itself. Those are the most important items on my NEEDS A NAME list, which grows longer every day.

I’m going to share some examples from my title list with you, because I enjoy embarrassing myself by showing off my struggles. Are you ready? Are you listening?

I’ve got two different gifs ready, depending on your reaction.

I know, I know. I amaze even myself.

Okay, really though, titling a book is harder than writing a book. Does that seem right to you?

If you’re picking up on a theme from this list, I want the title to tell people this is a story about girls killing zombies, with a humorous, campy, tone.

This is a small sampling of my lists. I’m working away at it. I’d like to believe I’ll know it when I see it, but I believe I’ve seen too many now to think clearly. I much prefer to dive into my untitled story and do things like…

I’m so excited to share this story, it would be a lot easier if I knew what to call it. Any and all insight to this struggle is welcome. This is not a drill. I assure you: the struggle is real. (For this writer, anyway. I hear some writers find this titling stuff easy.)

All other thoughts, including gif appreciation, are also welcome. Yes, folks, this is me saying: you should leave this lonely writer a comment! 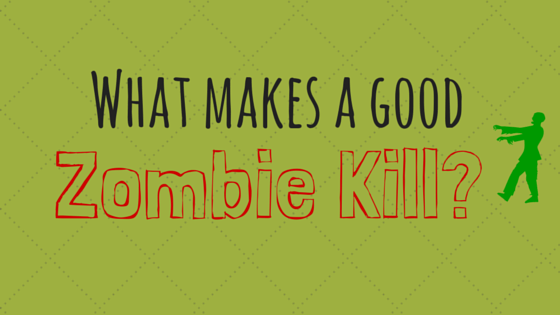 Watched Spice World and made one off hand comment about an all girl pop band in the apocalypse, and now I’m spending my time dissecting the personalities that make up good pop band images. And relating this to zombie fighting methods, obviously.

Have I mentioned that writers are weird?