I’m very excited to be participating in the cover reveal for Harrowed by Brian LeTendre and Jolene Haley today! Both are fellow members of The Midnight Society (a blog dedicated to the spooky), frequent tweeters, and writers who are dedicated to producing great books. This month, they’re going to release their first co-production, a YA horror novel called Harrowed. I can’t wait to see what comes of it! For now, we have our first glimpse of the cover… 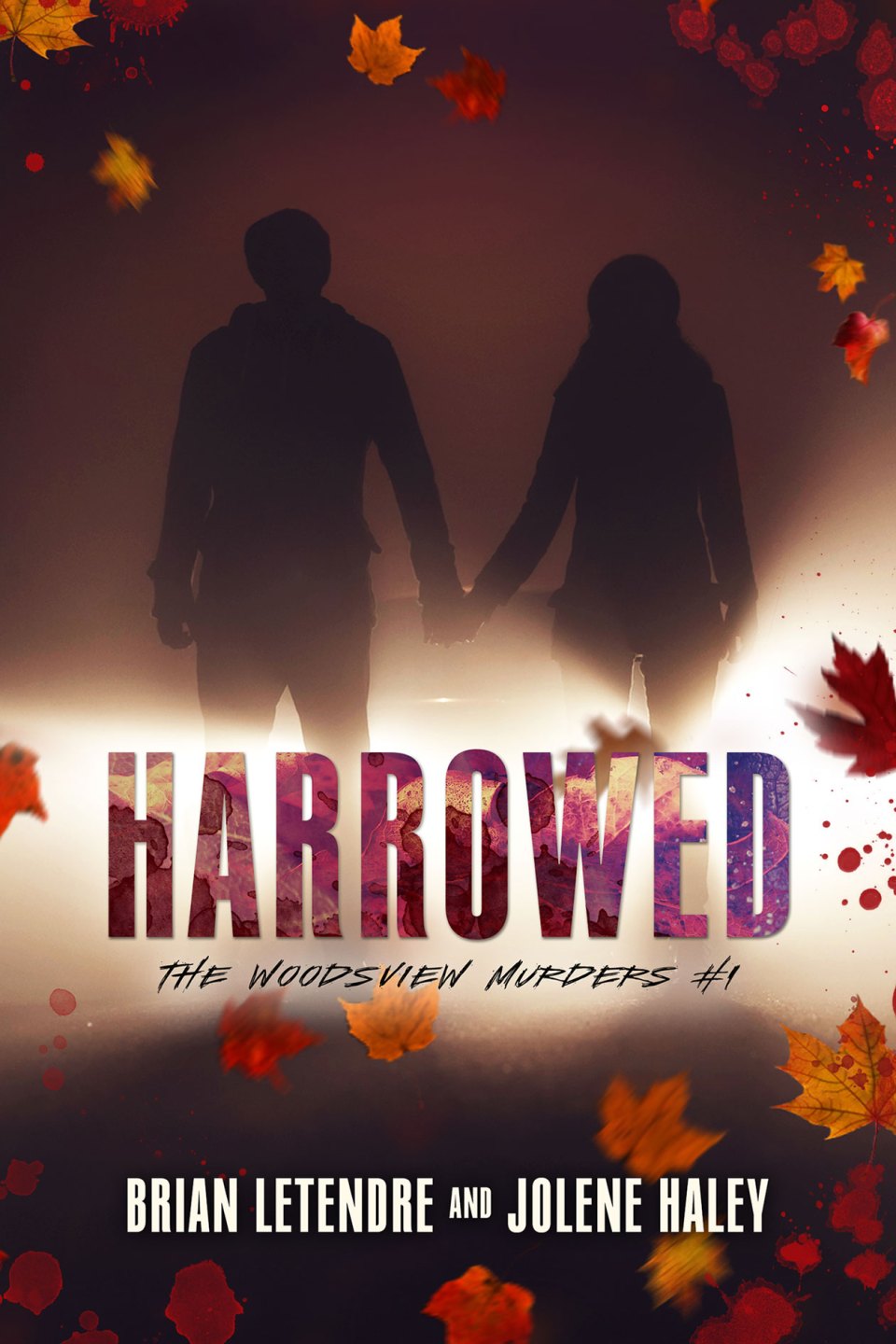 Avery Blair has accepted the fact that nothing exciting ever happens in her small town of Woodsview, Massachusetts. As the editor of the high school blog, she prays for something—anything—to come along that would make for a great headline.

When Beatrice Thompson’s body is found in the girls’ bathroom, Avery has her biggest story ever. The rumors circulating the school say that Beatrice took her own life, but Avery doesn’t believe it for a second. Her instincts prove true when the next day brings another body bag.
The tiny community of Woodsview has become the hunting ground for a killer known as the Harvester. The killer targets Avery and her classmates, stalking their every move and terrorizing them with morbid messages.

With the help of her boyfriend Jason, her best friend Quinn, and an aging detective who can’t keep her off the case, Avery dives head-first into her own investigation. She discovers that the secret of the Woodsview Harvester is buried in the town’s history and its annual Harvest Festival celebration. With every clue she uncovers, Avery grows closer to unmasking the killer—and becoming the next victim.

Avery Blair has finally found a story to die for…if she can stay alive long enough to write it.

Make sure to add Harrowed on Goodreads so that you can remember to pick it up on Amazon September 22nd!